Skarner’s rework in League of Legends is coming with the Crystal Vanguard winning the coveted VGU poll in Season 12. Here’s what we know about his upcoming changes, including his overhauled abilities, skins, and when the rework will hit live servers.

Skarner’s League of Legends kit is decently past its use-by date now. However, the Crystal Vanguard will be revived soon with a rework confirmed.

He took home the Season 12 VGU poll convincingly with over a third of the vote, and now mains of the Brackern have plenty to look forward to across the next year. Skarner’s rework will involve a full ability overhaul, as well as a visual upgrade and more lore.

Here’s what we know about Skarner’s rework in League of Legends. 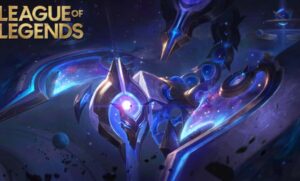 Riot hasn’t shared many details about Skarner’s reworked abilities in League of Legends, but they have highlighted a certain direction they want to take the Crystal Vanguard.

The cliff notes? The iconic Impale ultimate is staying, but everything else is getting revamped including the Crystal Spires at the centre of his original Season 5 rework.

“We think he has tons of potential to be something truly special on the League roster,” lead champion producer Ryan ‘Reav3’ Mireles stated in a February blog post. “We’ll look to keep his kidnapping ult in some form, but otherwise we’ll be rebuilding him from the ground up.”

He will still be a tanky champion, likely to be housed in the jungle with the same nippy clear speed he was known for. 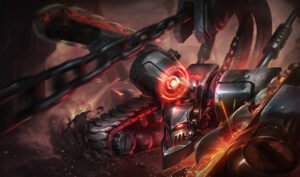 Of course, Skarner’s rework will also include overhauls for his skins. The scorpion’s visuals are outdated compared to the majority of League’s roster ⁠— and some of these haven’t been updated since his 2011 release.

He already has a handful of skins, so expect all these to change with new splash arts and models with his rework:

Earthrune Skarner: 520 RP
Sandscourge Skarner: 975 RP
Guardian of the Sands Skarner: 975 RP
Cosmic Sting Skarner: 1350 RP
Battlecast Alpha Skarner: 1820 RP
Skarner rework release date
While he won the League of Legends Season 12 VGU poll, Skarner mains will likely have to wait until 2023 for the Crystal Vanguard’s rework. Riot will start work in the coming months, and given these projects usually take around a year to complete, a Season 13 release is expected.

Juan Stander
Lover of MOBAs and FPS type games, very competitive type player who enjoys games that also has some complexity added to them, would spend hours on end farming on a game such as Warframe, BDO, Elite Dangerous or any other game in that line.

David vs Goliath aka Astralis vs Rogue
February 11, 2022