Once upon a time, there was a mortal, who was able to trick the devil not just once, not just twice, but three times, his soul being bound and peace beginning to become the natural way of life, the devil became bored and decided to release chaos on earth, shortly after a genius wizard became the solution for the humans, Jack was then sent in a scarecrow body to slay the wizard who wants to banish all evil from the earth and keep the Devil bored. 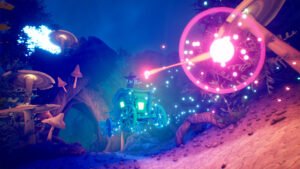 Welcome to Pumpkin Jack, a Spooky Scary 3D platformer, developed entirely by 1 person only, we had the privilege to play the game during the initial beta and got to review the game on release as well for console and it has come a far way. 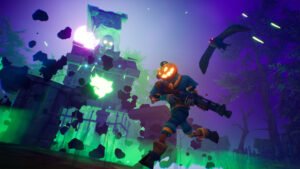 Starting from the beginning, the cutscenes are entertaining, there is no questioning that, when you die, you can’t help but laugh at how the game mocks you for dying, like saying you can’t make an omelette without 6 eggs, and you died 6 times. 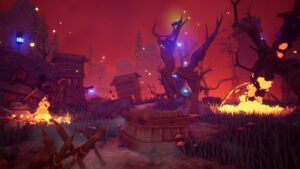 More towards the story, once you arrive on earth you meet a mysterious owl who guides you in the direction of your Journey, shortly before reaching the 1st boss you meet my favourite character in the game, which is a very scared crow who is too scared to do anything yet Jack bullies him into doing everything! 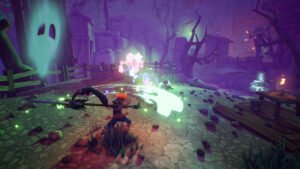 With having been able to play the game on both PC and Console, the game feels more natural with a console and easier to conquer stages, you will not only walk around killing humans and the undead, but you will experience mini races, to puzzle-solving and finding pieces to build things needed like bridges leaving the game to be enjoyable by many as these puzzles and events are not too difficult to figure out and complete. 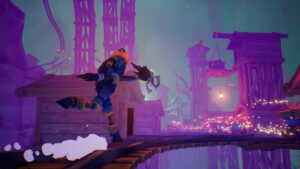 Some players might feel that the game might have been made easier after the beta release, whether it was bug fixes or feedback from the beta players but it certainly made it playable and enjoyable for all ages. 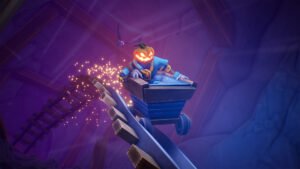 However, besides the cutscenes there are no audio dialogues in games and the players would have to read the conversations, which some players might feel annoyed with, but considering this was a 1 man operation it is still impressive. 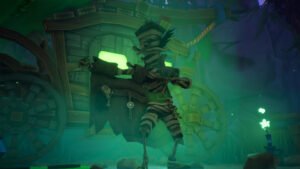 Final Thoughts: a great game with the ability to customize your character, boss battles, puzzles and funny dialogues keeps one entertained, some players might feel annoyed with the Audio dialogues not being included with the game, but for a scary game to be enjoyed by all ages there might not be a better game to recommend for a fun time.