Ever felt like you want to be in a warzone, somewhere where only the trained eye can spot the small movements in the distance, and if you are not used to this you get scared for any sound or when someone puts a piece of lead into your head and you have no idea from where.

That’s not even to mention the CQC which nearly gives you jump scares due to the realism and the amount of damage a player takes from a gunshot. 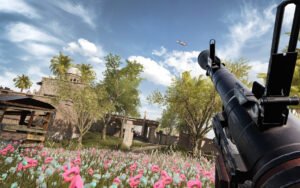 Your reaction might be “but then I just get a scope on a MK 14” – but you see, there is the 1st catch, there are only allowed a certain number of players per class as each class is important, and you need to work for your weapons and attachments, not everything is unlocked from the word go. 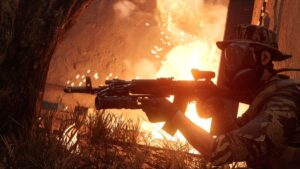 If you get past this stage and manage to achieve victory, you can reward yourself with more than just your arsenal but customize your character for Insurgent Forces or Security Forces. 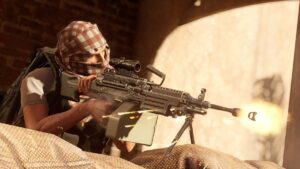 You get started with basic training, where you already realize that if the target dummies were enemies, you would be dead before you can spot all of them and get to kick down doors and scream THIS IS SPARTA!!! 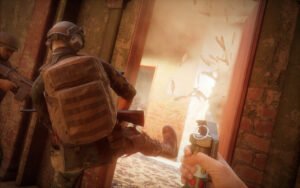 You have various game modes to choose from.

Skirmish – the goal is to capture all enemy objectives and destroy the weapon cache, but with a twist, capturing an enemy objective will respawn your team and give them additional respawn waves

Competitive – yes, I am just as happy about this, earn your stripes and bragging rights by placing diamond, or stay quiet because you calibrated bronze. Competitive is a best of 8 mode, communication and Teamwork will ensure your victory here no questions asked 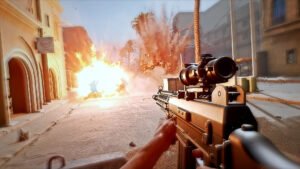 Final Thoughts: Very realistic feel which might not be for everybody, feels long overdue for a game such as this to have a ranked mode introduced in the form of Competitive, Sound quality is impressive as you get to hear nearly every noise around you. An enjoyable game although not all age groups would be able to enjoy this equally, but the veterans might just not stop playing this game 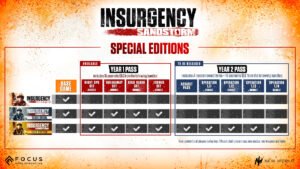