NEW YORK & REDWOOD CITY, Calif.–(BUSINESS WIRE)– Electronic Arts (NASDAQ: EA) and the National Football League (NFL) are continuing to create new ways for football fans to engage with the sport they love and celebrate the best players in the League with the return of the NFL Pro Bowl: Madden NFL 22 Edition for the 2022 Pro Bowl, taking place Sunday, February 6 at Allegiant Stadium in Las Vegas. Chargers Derwin James and Browns Nick Chubb will compete head-to-head against Cowboys Micah Parsons and Vikings Justin Jefferson in a new 2022 Pro Bowl experience coming to Madden NFL 22’s Superstar KO multiplayer mode this week, while also attempting to break the GUINNESS WORLD RECORDS™ title for the largest projected video game display with the biggest Madden NFL game in history from the Las Vegas Strip. 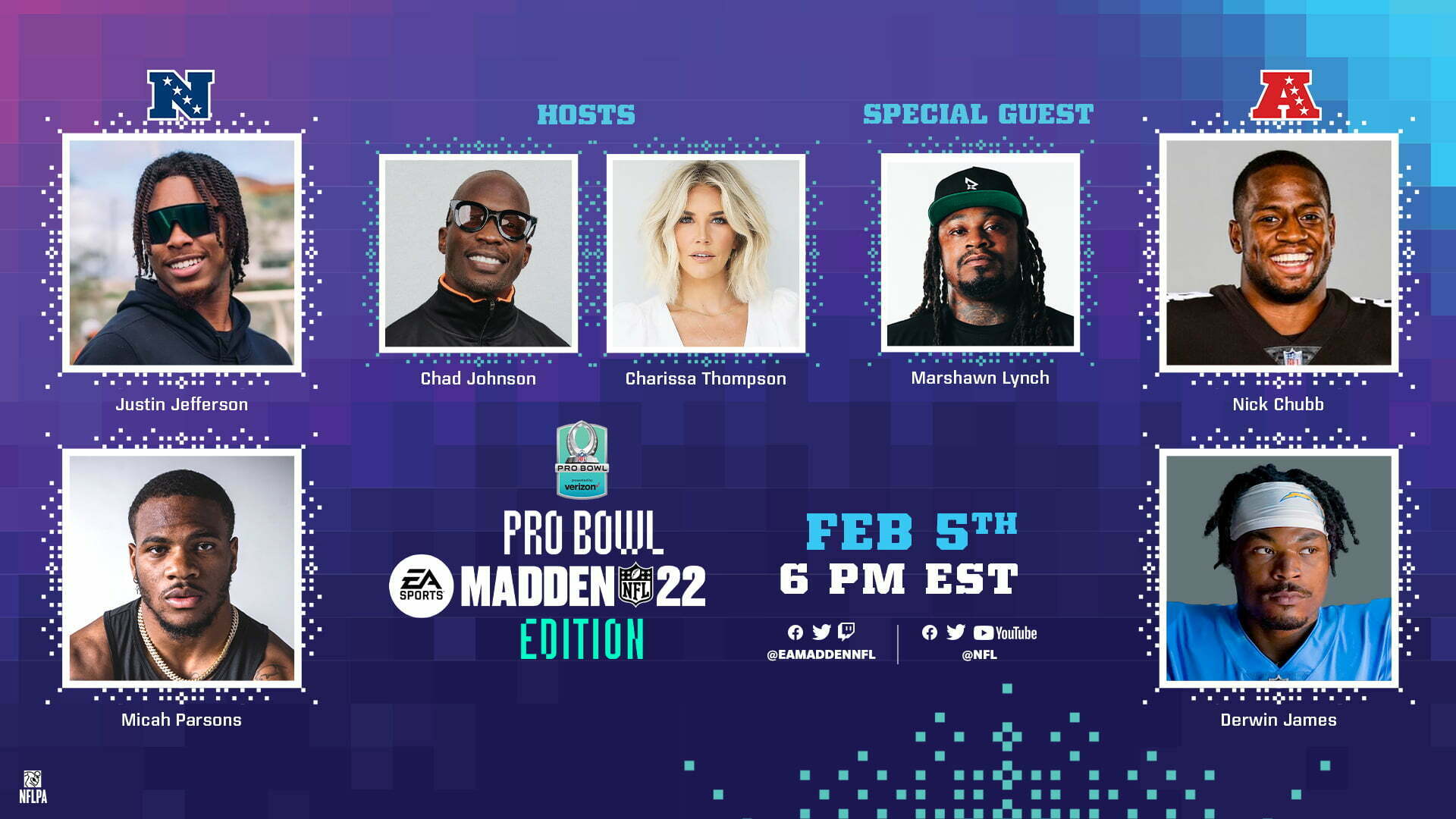 Returning host Charissa Thompson will be joined by co-host Chad “Ochocinco” Johnson and winner of last year’s virtual Pro Bowl, Marshawn Lynch to call the matchup on Saturday, February 5 at 6 pm ET on the NFL YouTube, Twitter and Facebook, EA Madden NFL Twitch and on the iHeartRadio App.

“Coming off the success of last year, the NFL welcomes the return of the Pro Bowl experience in Madden NFL 22,” said Joe Ruggiero, SVP, Consumer Products, NFL. “With the added anticipation of attempting to break a GUINNESS WORLD RECORDS™title, this year’s event will definitely be one to remember. NFL Pro Bowl: Madden NFL 22 Edition represents an opportunity to connect with our fans beyond the traditional game and we look forward to working with EA to bring this event to life ahead of the 2022 Pro Bowl in Las Vegas at Allegiant Stadium.”

The 2021 Pro Bowl was transformed when it went virtual in Madden NFL 21for the first time ever. With superstar talent facing off against each other in the game, The NFLPro Bowl: Madden NFL 21 Edition Presented by Verizon became the most-viewed event in Madden NFL history on digital platforms with more than 3.5 million live views. While this year’s virtual event is going for a record of its own with Guinness World Records, it also promises to go above and beyond with plenty of action, fun, and viral moments, like Marshawn Lynch breaking his chair in excitement, that will surpass last year’s event.

“Last year we showcased the power ofMadden NFLin bringing fans closer to the sport they love, while also transforming a major sporting event to a virtual one,” said Julie Foster, VP of EA SPORTS™ Brand. “We’re very excited to return with our longtime partner, the NFL, to host the virtual Pro Bowl for football fans where they live, on digital platforms, and extend the Pro Bowl celebration to the next generation, providing more ways to engage and connect than ever before.”