We are aware that this game was released in 2018 but how does it fare against the more common and popular games such as Forza Horizon series and Dirt along with F1 titles. 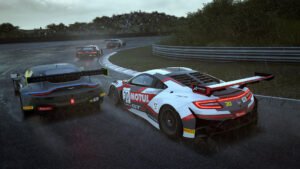 Before going any further, ACC is meant to be THE MOST realistic racing sim there is, and after working out some of the kinks with regards to the controls (when played through Steam) it’s easy to see why today still there are 24-hour races for this game, it remains stunning and build for the full simulation experience by using not just the steering wheel but VR headset as well.

Unfortunately, this is not a game we recommend without at the very least, having a controller, the controls are too precise to be used with a mouse and keyboard, and this makes sense as that is not what this game was made for to be played on. 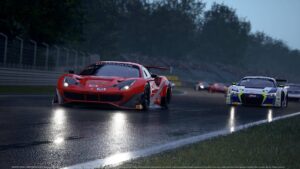 What is something we always appreciate from Devs is to continue making improvements on games which does not always need replacing, so instead of releasing Assetto Corsa Competizione 2, they release a massive update in late 2021 which improved and brought the graphics more up to date, making it not just tiresome with long races, but to keep the game as realistic as possible.

You start with a career tutorial where you will get team offers to race for, create your own teammate’s names and start your fantastic journey.

Be careful of the rules, especially in the pit lane as the officials would not think twice about giving you a DQF if you did not exit or enter the pit lane correctly. 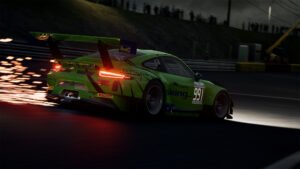 Definitely worth picking up as it is not a game you would get bored from and with the competitive scene growing there is more and more reason to not ditch the game and continue the grind on each circuit and improve your own preset for your vehicle and join us for a 24-hour race!

In Conclusion, we cannot compare this to Forza, Dirt or F1 as it’s meant to be a racing game in its own category and made for the die-hard racers who wants the real experience virtually. 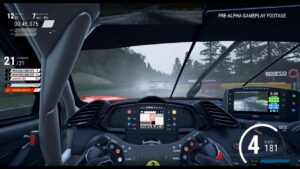