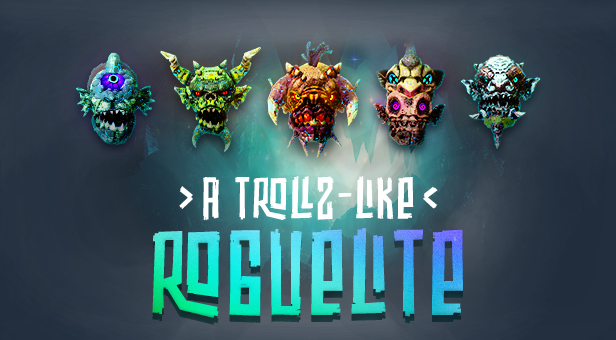 Fulfill the prophecy and become the Chosen One who will save the Yotunz Tribe from extinction. The Father Tree, their life source, is dying, consumed by a mysterious disease. Jump into the vast and ever-changing dungeons of Durnar to heal its roots, gather enough Veri to please the Godz, and fight back bizarre monsters to restore the power of your Tribe.

Explore procedurally generated dungeons and a variety of unique biomes

Choose from a multitude of upgrades, customize, and evolve your warriors

Face all manner of weird and creepy enemies and challenging bosses

Prepare to fight the creepers of Durnar in real-time dynamic combat that will challenge your skills. Dash, roll, attack. Adjust your combat tactics when facing various opponents and choose your symbiont weapons wisely—they will affect your combat style. For an additional advantage, make the best use of organic mutations.

If you fail in combat, your current warrior will die permanently and you’ll have to start your next run from the beginning with a new, different Troll. The Veri you collect serves two purposes—it’s an offering to the Godz and your key to growth. Warriors don’t live long, but their efforts benefit their successors, affecting the next generation’s stats and abilities, so at least their severed heads can bear witness their progeny’s glory from a jar in the graveyard.